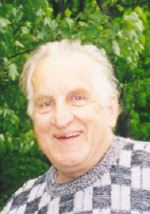 He leaves three daughters, Valerie J. Hedge and her fiance Craig G. Shea, with whom he lived, Deborah L. Errara and her husband James A. Errara, and Patricia A. Lucier and her fiance James F. Marino, all of Webster; seven grandchildren, Denae and Derek Hedge, Anthony, Dominic and Andrea Errara, and Dalton and Sydney Lucier, all of Webster; a brother, Raymond S Noga of Webster; two sisters, Wanda Lawless and Benita Mooney, both of Rhode Island; and many nephews and nieces. He was predeceased by two brothers, Edmund and Leon Noga, and by a sister, Leona Gevry.

He was born in Dudley, a son of the late Stanley M. And Stella P. (Augustynski) Noga, and lived here most of his life. He attended Bartlett High School.

Mr. Noga was a patrolman for the Webster Police Department from 1962 to 1997, when he retired. He was a former member of the Webster Fraternal Order of Police.

He enjoyed working outdoors, and walked five miles daily. He was a devoted father and grandfather.

The funeral was held Wednesday, April 7, from the Sitkowski and Malboeuf Funeral Home, 340 School Street, with a Mass at 10 a.m. in Sacred Heart of Jesus Church, 16 East Main Street. Burial was in Saint Joseph Garden of Peace. Calling hours were from 5 to 8 p.m. Tuesday, April 6, at the funeral home.

The family suggests that donations in his memory be made to a charity of the donor's choice.