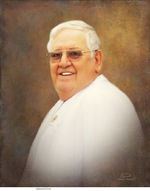 Born on July 27, 1937 in Webster, Mass. he was a son of the late Normand Charles Lebeau and the late Stasia Bonneau Lebeau. He was a member of Duncan Memorial United Methodist Church, Methodist Men of Duncan, Lions Club, NRA, the Salvation Army, and the Webster Fire and Rescue Squad. Mr. Lebeau was retired from the Webster Police Department where he was a member of the Fraternal Order of Police and the Georgetown Sheriff’s Department.

Graham Funeral Home of Georgetown is in charge of the arrangements.