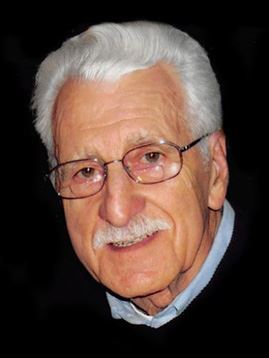 Carl A. Camerano, 83, died on Thursday, August 11, 2016, at home after a period of declining health. He is survived by his wife of 53 years, Nancy E (Beland) Camerano of Webster; two sons, Stephen P. Camerano and his wife Denise of Oxford and Peter A. Camerano and his partner Tina Downes of Edgewater, FL; his half-brother, Antonio C. Camerano Jr. of Fitchburg; nine grandchildren, Samantha Labossiere, Elizabeth Cusson and her husband Robert, Kaitlyn Sherwood, Jeffery Labossiere, Cassie Couture and her husband Ryan, Angela Camerano, Brian, Craig, and Kenneth Downes; five great-grandchildren, Lillianna, Hunter, Grant, Tyler, and Bradyn; his aunt, Irene Camerano of Sterling; two brothers-in-law, Alfred Beland of Webster and Kevin Reidy of Sun City Center, FL; and many nephews, nieces, and cousins, including two close cousins, Robert "Buddy" Calcia of Sterling and Robert Lima of Hubbardston. He was born in Clinton, son of the late Antonio Camerano and Mary Leonora (Lima) Comeau, and lived in Sterling before moving to Webster 45 years ago. He was a U.S Navy veteran, serving for four years in the Mediterranean aboard the U.SS Johnston DD-821 destroyer during the Korean Conflict.

Mr. Camerano was a machinist and had worked at Micro Tech Co., Simonds Machine, and lastly at Gould and Eberhardt in Webster for several years. Early in his life, he worked for Romkey Drywall Company in Sterling, and in his retirement he was a courier for Harbro Auto Sales in Webster. He was a lieutenant and treasurer of the Webster Auxiliary Police Department and retired after 30 years of service. He was the officer in charge and rifle instructor for the Webster Police Cadets and range officer for the Webster Police Department for several years.

Mr. Camerano was a member of the Auburn / Webster Elks for 44 years, serving as an officer for several years. He was a 3-term past president of the Sons of Italy Mixed Lodge Number 207 in Webster, member of the N.R.A., the Tin Can Sailors, and the 8 Point Sportsman's Club in Sterling. He supervised the building of the Little League Field House in Webster. He enjoyed traveling with his wife to his ship reunions for the past 15 years, vacationing at Old Orchard Beach, fishing and tinkering in his workshop, where he was "Mr. Fix Anything." He enjoyed family dinners, cookouts, joking with his family, and loved being with his grandchildren. He will be remembered as a wonderful husband and family man with a quick wit, especially his sayings "Keep it under 100" and "Mangiare mangiare, costa niante." He was a big fan of the Red Sox and Patriots.

Or an animal shelter of your choice.