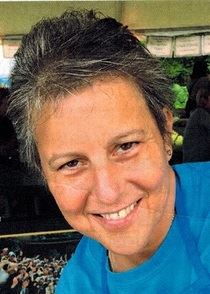 Cynthia Johnson, age 46, of Webster died Tuesday, July 18, 2017 at home in Webster. Cynthia was born April 23, 1971 in Webster, Massachusetts. She is the daughter of Evelyn (Geotis) Aperges and the late Anthony Aperges.

Cindy served on the Webster Police Department since 1993 as a reserve, became a sub patrolman in 1998 and in 2002 became a full-time Patrolman. She was promoted to detective in 2016 and also served as the School Resource Office assisting and mentoring many students in Webster.

Cindy served on the Council Board at her church for more than a decade at St.s Constantine and Helen where she was a life long member. She was on the board at the Webster / Dudley Boys and Girls Club, oversaw multiple community projects including National Night Out and Winter Wonderland. Cindy raised over $50,000 in her annual Golf Tournaments for the Jimmy Fund / Ovarian Cancer Research.

The funeral were held 10 a.m. on Friday, July 21 at Saints Constantine and Helen, Greek Orthodox Church,37 Lake Parkway Webster, Burial followed at Mt. Zion Cemetery, Webster Calling hours will be Thursday, July 20 from 4 to 8 p.m. at the church

In lieu of flowers, memorials were made to:
St.s Constantine and Helen Greek Orthodox Church
P.O. Box 713
Webster Ma. 01570