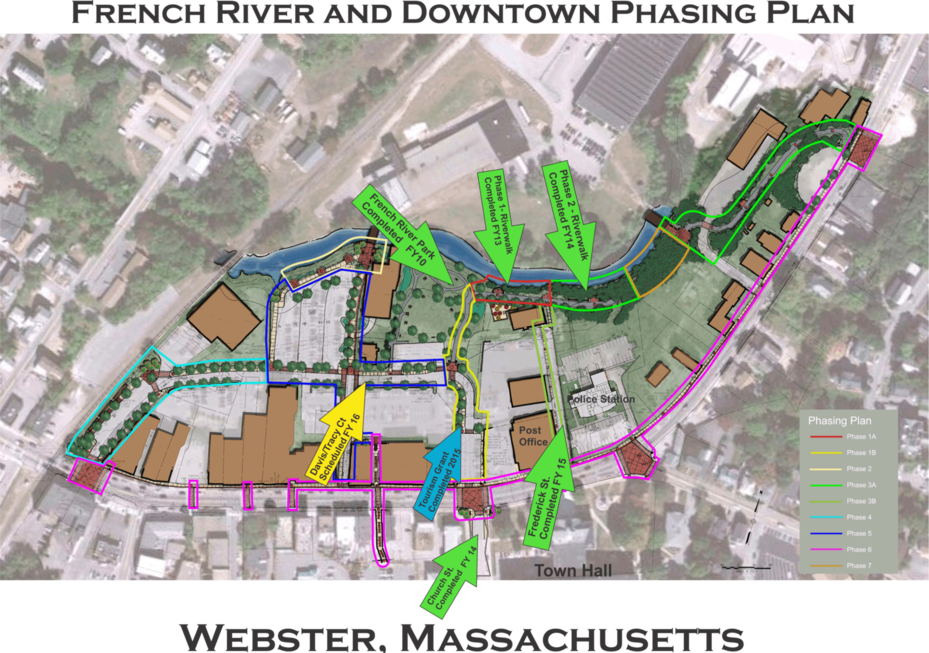 We are currently in the middle of a "phased" rebuilding/rehabilitation of the Main Street area.

The project began in 2010 with the construction of the French River Park, located behind Mapfre Insurance. A glim, overgrown area was rehabilitated into a beautiful park. The river bed was cleaned up and the natural habitat for many rare species of animals/reptile was restored to a cleaner habitat for them to thrive in.

The French River Park is also the Hub for the Riverwalk being completed in phases which once completed will provide a beautiful walking park that stretches from The Webster First Federal Credit Union to the Railroad Tracks on Davis Street. Future plans are for the walk to connect to both Oxford and Dudley. This area is already a great place to walk and enjoy the center of town. Weekly summer concerts are hosted by the town recreation commission in the Park. With the expansions in the future our hope is that it will provide a central place in town for more events and gatherings along with a simple, old fashioned sense of community. 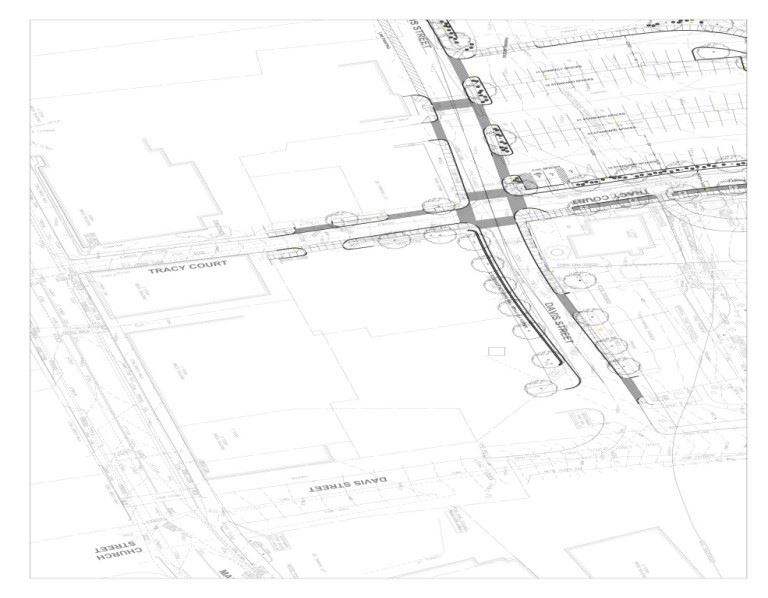 Design engineering work for this project was completed under the FY15 grant as part of the Downtown Design activity. The FY 2016 grant will be funding the actual construction of improvements along a segment of Davis Street and approximately half the length of Tracy Court. The FY16 grant will also fund design engineering services related to construction administration, and resident inspection/clerk of works services.